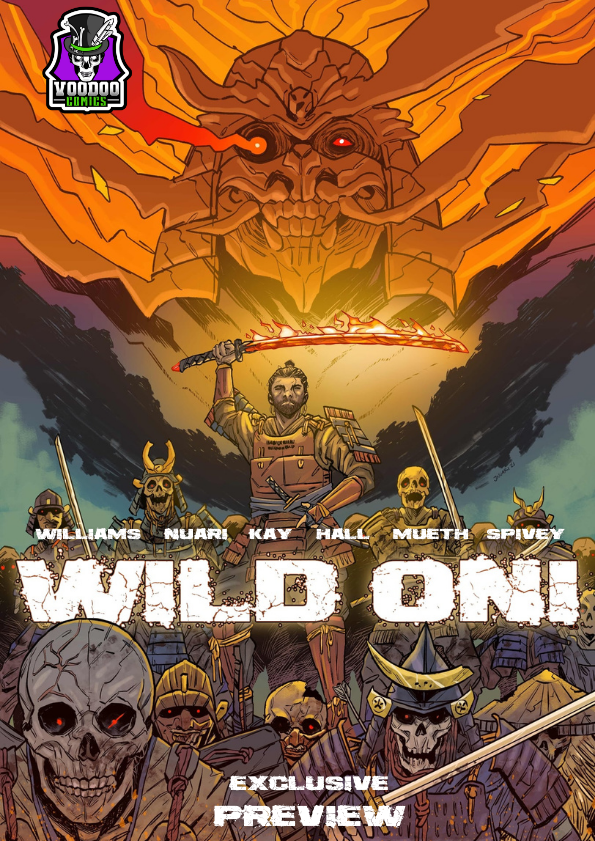 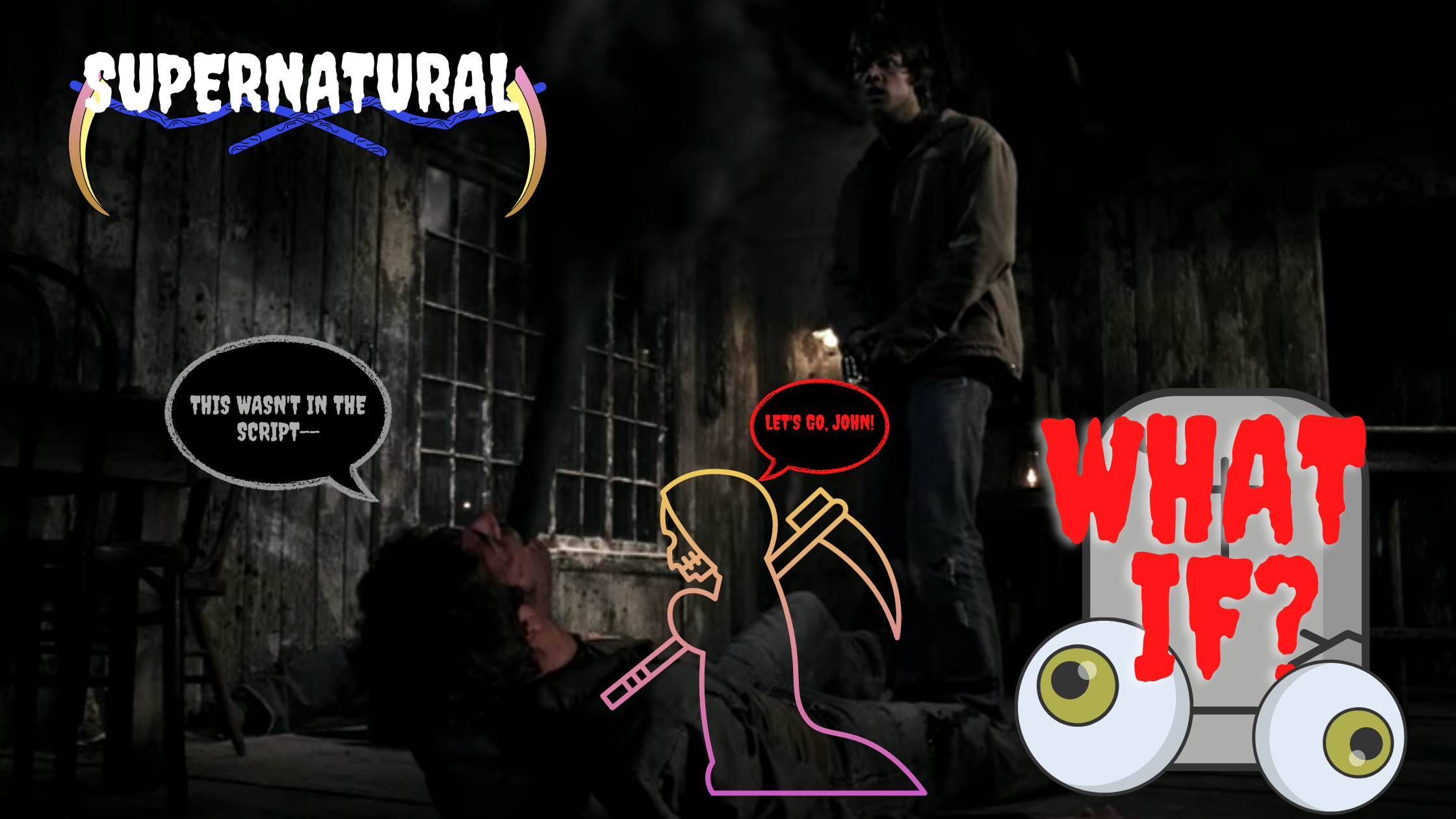 Did you ever wonder "What If" when watching Supernatural?

My last episode was a complete failure at resisting the urge to pun the star-studded duo of the Supernatural show that launched CW into the network it is today, in my opinion, scrub-off if you don't feel the same. Through the woods hunting vamps, changelings, and even leviathans it's difficult to look back on this show of twists and yankers and peel back the curtain to ask yourself what the hell were they thinking. By about season four and five, we've pretty much gone all out King James stomping grounds, but we got to ask ourselves in a few places through the series, "Who told the writers to go this route and why?"

As a writer, reader, and avid consumer of entertainment in all mediums, it was easy for me to point you guys in this direction. Taking a look at some of season one where I've allowed my mind to notice the things I didn't before. Things like, how well you can see the eyes of the actor portraying the pagan scarecrow God, how the actors who die in cold opens or set-up scenes still breath when they're dead, or how easy some of the shots could be done by a bunch of amateurs with iPhones, no disrespect to the creators, but if I had a buddy who was wicked with the After Effects, I saw in some of the season one, I'd have a network somewhere.

It's a trap! Wait... what? Nah, just playing guys. This isn't a bad Star Wars sequel review it's a conversation about how much darker, and faster the show would have intensified had one event in the Winchester family ended differently. The brain-sparking idea for this blog topic came from episode 22 the Devil's Trap, where the family finally catches up with one another, but it isn't that kind of get-together. Unfortunately, Dean has managed to over admire his father on a pedestal while Sammy portrays his unhealthy emotional drawback, but not shooting the colt into his Fathers heart to kill the "ONE" demon this entire season has been building up to. It's frustrating because of how good the writing as danced around your temple until it demands you accept rationality over the logical choice a character could make.

Again, again, the emotional family dynamic card is primed to display Sammy's hesitation in failing the Winchester vengeance. But what would happen had Sammy shot John, and killed Yellow Eyes? Would Dean hate Sammy, be pissed, or honor the hunter's code? Would Sammy descend into a darker path and discover his demon blood-letting gifts earlier? Would Crowley make an earlier appearance than we would see in the concrete series as it is right now? Meg never died, so would she have tried to rule in her Fathers place? So many different things to move around that it would viably change the very nature of the show, which for those of you who don't know has been pre-ordained and written out, to perfection, by God... oops... I mean Chuck. That bit of detail in itself is enough to dismay you to not watch the series because it's one of those things where if you could make a difference why wait till tomorrow so the whole God storyline really hurt the message of the overall story, BUT.... it did entertain.

My "What If" Forecast

Honestly, I was hoping Sammy would kill John and create that conflict amongst the brothers, even deeper than just service emotions. Daddy issues are so commonplace in the screenwriting world, but it's much harder to write two characters with so much unexplained backstory into a hole of a struggle than write them back out of it as they appear to reach China, for those of you who get the reference. Remember when Dean died and went to Purgatory? This was right around the time Sam and been tapping into his demon potential with Meg's new meat suit right around the time those two would learn about their destiny's as the suits of armageddon, as it were. Sam was a hunting machine with his Grandpa and his group.

There wasn't anything that Sam without a soul would do to keep the world safe, his brother safe, or himself. I get the whole story and its context on checking the moral compass but come on. Yellow Eyes was a needle in the thread on more than a few occasions, with a much deeper and darker version of the story to tell. If Sammy would have killed Dean, the two would have been quiet. Dean would have sulked in silence over a night at the bar licking his wounds to Eye of the Tiger while half-naked with a few blondes as Sammy stared at a photo of John reliving the moment he killed his dad. Dean would have come home or called Sammy, the two would have met up and Dean would just unload. Like a bullet from the colt itself, Dean Winchester would push, nudge, and bully his way to a non-existent truth that would have driven Sammy away.

Sam would have met up with Meg as Crowley pulled the overlord strings in the shadows, and Dean would have done what Dean always did when he was pissed... hunt. After burning his old man's corpse back home Dean would have been a formidable hunter meeting up with Garth and Bobby earlier including Helen, who was close with John. Dean would have been attracted to anyone who knew John. Hunters from around the country would reach out to Dean to pay respects or cash in favors while Sam got pulled deeper and deeper into the fire until he started popping up on other Hunters' radar. Then the real story arc would begin with a division in brotherhood so deep you'd think they were step-siblings. Wouldn't something like that have been more watch-worthy than taking a safer approach because more people relate to brotherly bonding than struggle or strife?

How would your "What If" end?

We definitely wouldn't be killing Bobby, at least not like the way he went out before, but I would bring John's character back as a projected character that helps guide Sam back from his new bad habits misguiding him to the barrel of Dean's favorite shotgun. Dean would have a lot of really cool mysteries with a variety of partners like Garth. By now Dean hadn't seen Sam in a few years, with Dean sporting a 5 o'clock shadow. The showdown would commence with hunters versus demons in a vicious finale that would make even the most experienced viewer cringe. Of course, Sam would kill Dean losing his soul in the process thanks to a surprise appearance by Crowley, at this point. Instead of Sam going to hell, Dean is placed in hell.

Bobby would have a short scene that gathers a bunch of old hunters, like Rufus to help him turn Sam back to the hunters while finding a way to bring back Dean, which would trigger a bunch of different end world scenarios over bringing in the Four Horsemen and the Seven Deadly Sins, as it were, but I would cheapen the series with having God portrayed as some narcissistic asshole who'd given up hope on his creation because their humanity is wrought with entitlement. I'd keep the series set-up in the Supernatural where the creators should have kept it. I will say that the series could introduce a lot of new characters covering a lot of different themes in the show like the grey overtones of Chicago being divided by monster factions that in itself was actually piloted but never made it past pitch because producers and the CW shut it down, which is sad considering the potential a new cast of characters could bring to an already packed portfolio of the CW network.

I hope you enjoyed this "What If" topic of discussion, and hopefully, you leave a comment down below with a topic to add or an opinion on this blog. What would be a scenario you saw in the show that would make you think, "What If?" This blog is brought you by Inked Marketing, NSC LIVE TV NETWORK, and the Comics & Poptarts Podcast channel airing on eight different podcast audio networks. Please Like, Follow, and Share us so we can have more topics like this, better giveaways, and more.

Mike's What If? Moments 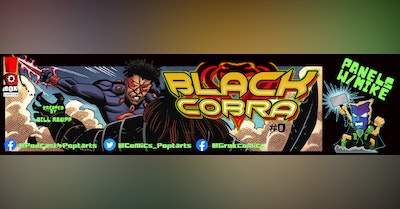 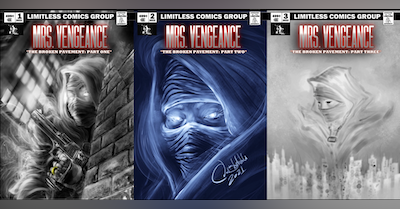